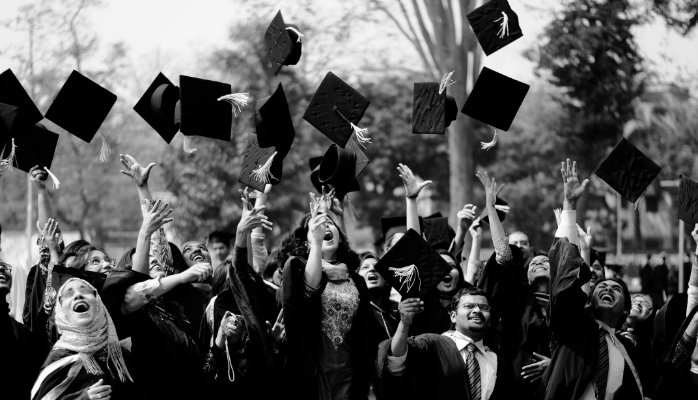 What is wrong with this (graduation) picture?

As I took my seat, I observed a couple of things. Firstly, that the numbers of men and women were pretty well balanced, possibly skewing slightly to the males, but with a good representation of women nonetheless.

That observation made me wonder – If so many graduates of prestigious courses such as the AICD’s are women, why is there such an underrepresentation of females around the boardroom tables of Australia? I had previously assumed there was a dearth of qualified female candidates, but my graduation night proved this false.

The second thing I noticed was this group of 103 graduates were of predominantly Caucasian appearance, dressed in grey button-down suits paired with sensible shoes.

Given the course placed a strong emphasis on the importance of holistic board diversity – not simply in relation to gender, but also in relation to background and outlook, this was indeed surprising.

I won’t understate it- completing the course and the assessment criteria was a mammoth undertaking. More than 100 hours of dense pre-reading, 5 full-days of lectures, a complex assignment and a 2.5 hour exam with a pass-score of 65%.

In hindsight, despite the amount of on-the-job learning I benefit from in my capacity as a sitting Director of Foodbank Victoria, this course really should be a prerequisite for any Director. It provided me with a structure and depth of academic information that made me question how I had effectively performed this role in the past.

But none of the graduates at my ceremony possessed any special powers. We were a mixed group from small businesses, large corporates, government enterprises and not-for-profits. There was no obvious reason that I could see for a lack of diversity.

The only issue I could think of is that the course isn’t marketed widely enough – and that men and women from all walks of life who could make very effective contributions in the boardroom are not being encouraged to apply.

This absolutely needs to change otherwise – as I learned through the course – we risk having Directors with the same mindset making decisions as a group. This is a sub-optimal and potentially dangerous outcome.

Back to top
Copyright © 2016 NewsFlash Media